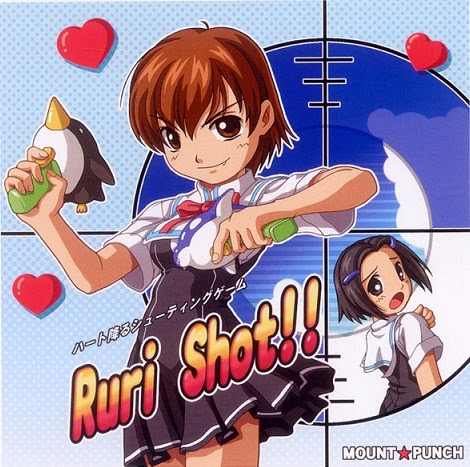 You play as Ruri, the sister of the guy on the left rooftop and your goal is to assist the girl on the right rooftop by directing the red hearts she sends to that boy. Hearts by themselves float directly to the boy, but the problem is that every girl in school is after the poor guy (Tohno gland anyone?).
Every girl sends out her own blue hearts, which you must stop from reaching the boy. This is done by firing your water gun at the flying hearts, girls and objects while at the same time dodging everything. If a red heart touches the guy it fills up the love meter, but if a blue one reaches him it depletes that meter.
[su_spoiler title=”Screenshots” style=”simple”] 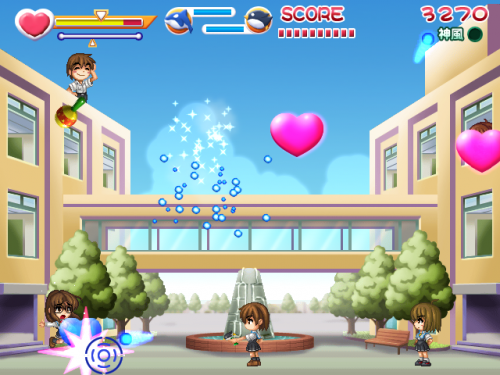 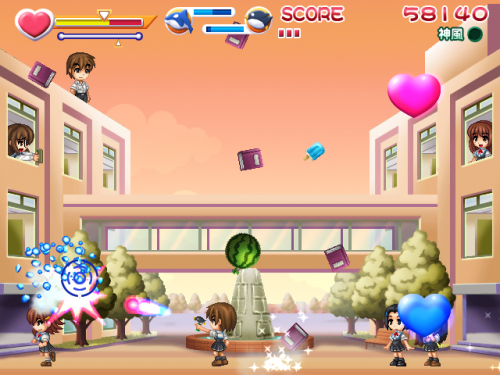