The Pubs were a famous dark elven family, and the head of this family had a son, Ober, and three daughters as well.
Although Ober dearly loved his sisters, because he was a half-human, his sisters abhorred him and treated him like little more than a servant.
But one day, the dark elves received a divine revelation:

“The offspring of Ober Pubs and his beloved woman shall lead the dark elves to a golden age spanning thousands of years.”
Therefore, Ober was proclaimed the future head of the family, and his sisters were ordered to bear his children.
The one who conceived his child first would become the ruler of the family alongside Ober, while the others would be forced to become their servants.

Thus began the struggle of the sisters to get Ober to impregnate them (quickly, if possible). However,
Ober did not want to waste such a golden opportunity, and therefore used this chance to make his sisters do whatever he wanted…​ 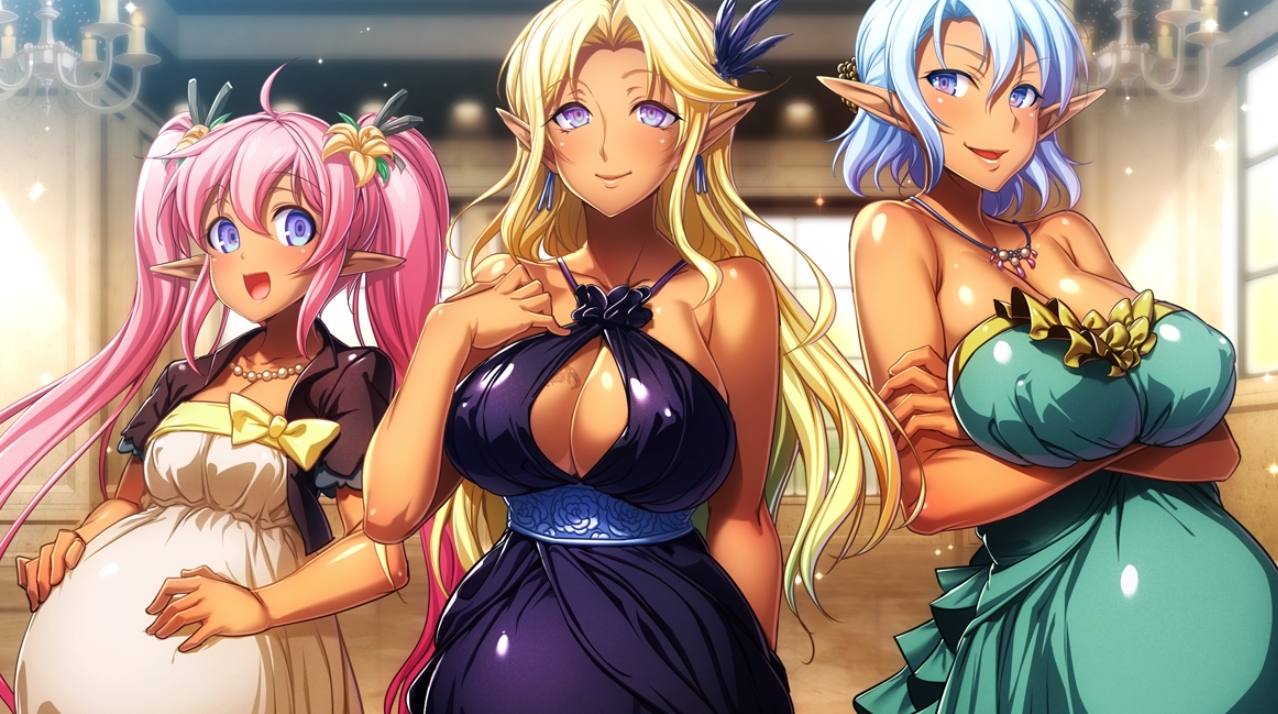