The year is 20XX, Spring.
In Japan on this day, a female student (big-titted Loli) disappeared…
Then the next time that girl appeared again was in a magical kingdom…

This is an orthodox belt scroll action game.
If you get taken down by the enemy, your clothes are ripped and finally you will be naked.

Finally, if you are defeated, you will lose your virginity.
In addition to some horrific rape scenes, there are also scenes where you are tricked into sex…
A magical girl seeing a male organ for the first time ever.

* Characters
Name: Kanade Sato
Age: 18-years-old
Attributes: Virgin
Personality: Serious, healthy, spoilt, easily-led
Other: The magic girl when first called into the other world is against it at first, but gets into it toward the middle.
In the latter half, she is the “Gun-gun” magic girl… 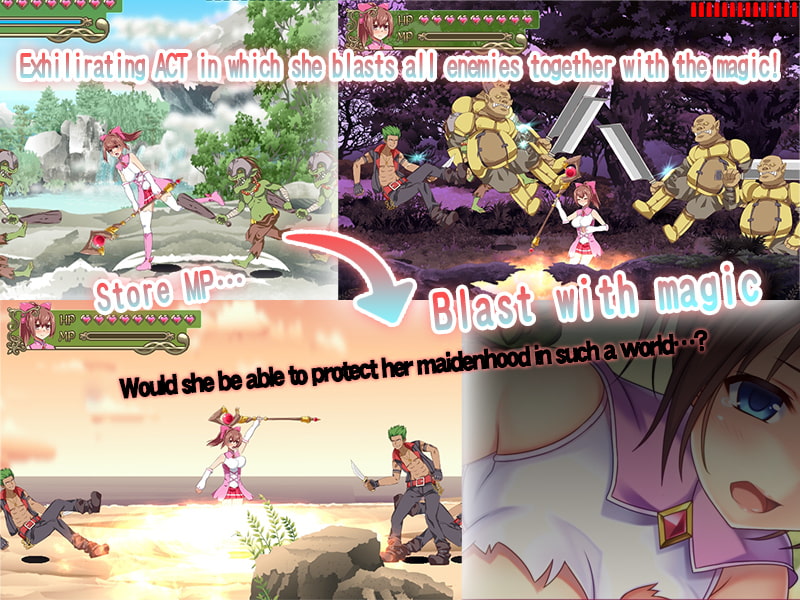