The Lady Knight Leticia is an imperial knight of the Kingdom of Saintia. Owing in part to her achievements on the battlefield in the wars with
other lands, the kingdom now encompasses all territories.
She is granted the honor of being personal guard to the princess, as the kingdom enjoys new prosperity.

However, lurking in the shadows , the hands of evil are at work, plotting vengeance on the borders of the kingdom.

Through a plot by an evil wizard masquerading as a rising aristocrat,
Leticia is accused of kidnapping her beloved princess – a girl who loves her like a sister.
Leticia is in a dire predicament.

With no one to turn to for help,
Leticia sets off to save the princess and clear her name,
venturing alone into the frontier lands.

She doesn’t know those lands are a lair of perverts. 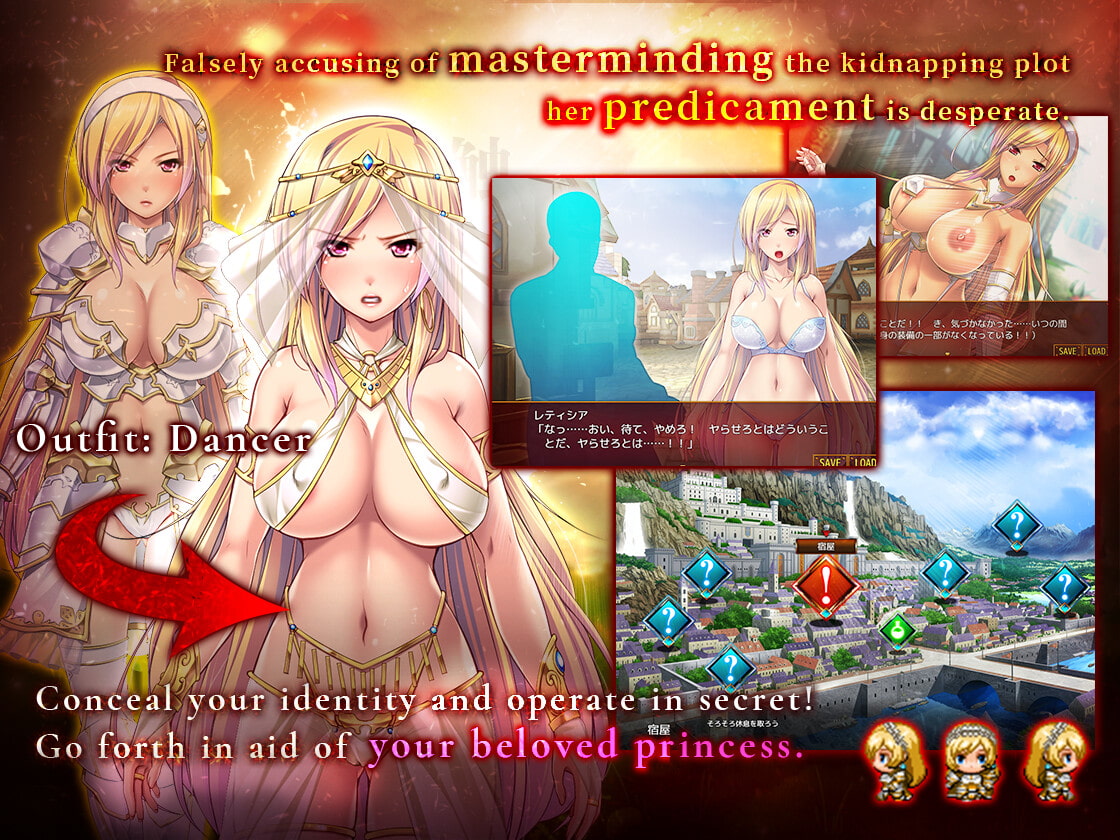