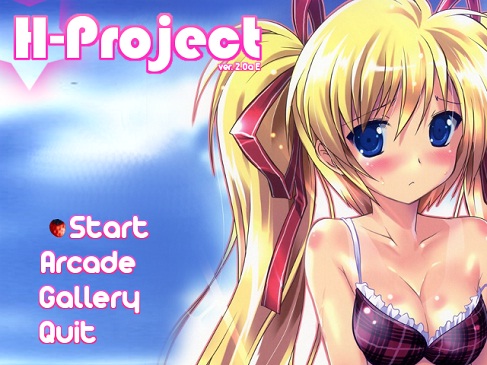 H Project is a sexy vertically danmaku shooter game developed using Touhou Danmakufu 0.12m by unknown developer who previously released Touhou Danmaku Arena – Eastern Phantasm. The objective of H Project is destroy all grids within current stages to uncover picture in the background. The player controls a girl who can move left and right, forward and backward but limited, along the bottom of the playfield, firing bullets and dodging bullets. The player can also use focus, the shift key by default, which slows down the player’s movement. The game begins with nine lives, but option to continue is not given when all lives are lost or if the player runs out of time. There are 60 pictures which can be unlocked in gallery mode.
[su_spoiler title=”Screenshots” style=”simple”] 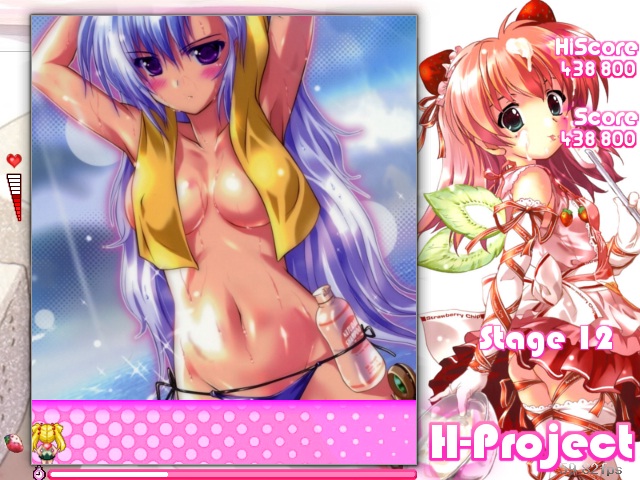