Long ago, when gods lived amongst people…
There lived a swordsman who was given five swords forged by god himself.
Using these swords, the swordsman brought peace and order to the world.
People called the swordsman, “Wielder of the Five Swords”…
One day, during a fete to praise the gods, the blades of the swordsman turn against the gods for reasons unknown.
One of the gods, Ozone, furious with all his powers, sealed the swordsman away at the top of a mountain now known as Swords Peak.
This tale begins 5,000 years after the battle between the two, near a the small village of Cardina. 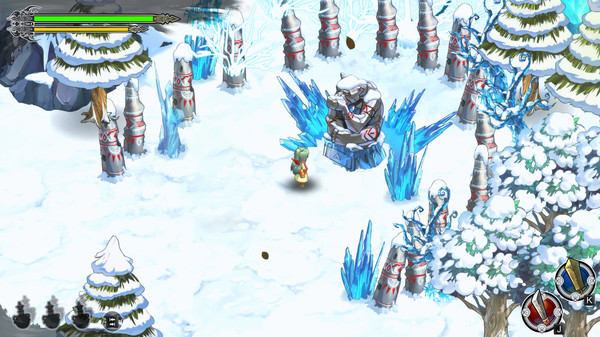