Verdun
The game takes place on the Western Front between 1914 and 1918, in one of the bloodiest conflicts in world history – inspired by the infamous Battle of Verdun in 1916.
Verdun is the first multiplayer FPS set in a realistic World War One setting, the game which started the WW1 Game series. The vicious close quarters nature of trench warfare means that skill with a bayonet can be as vital as good aim with a rifle.
The game offers 5 distinct game-modes with many historically accurate features such as realistic WW1 weaponry, authentic uniforms, horrendous gore, and maps based on the real battlefields of France and Belgium. The dynamic Frontlines game mode features 64 players taking turns to go over the top and attempt to capture the opposing trench line.
Tannenberg
Tannenberg brings the massive battles of the Eastern Front in WW1 to life with 64 players fighting for control of key sectors of the battlefield, each one offering a distinct strategic advantage. Warfare between the Russian Empire, Germany, and their allies offers a fresh experience for first person shooter players and history enthusiasts alike.
There are seven squads, 50+ weapons, eight large maps that give players tactical freedom, and a 64 player game mode with full AI bot support so you can experience epic battles at any time! Everything has been recreated with the same attention to detail seen in Verdun, the first entry in the WW1 Game Series. 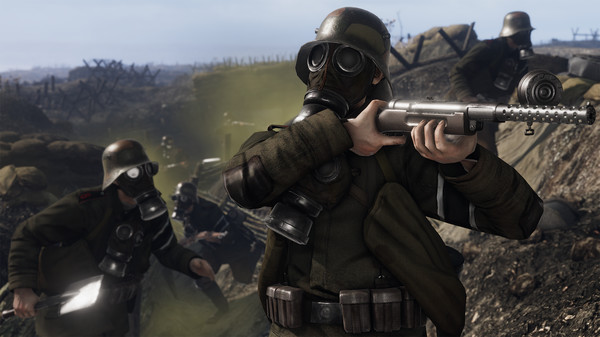 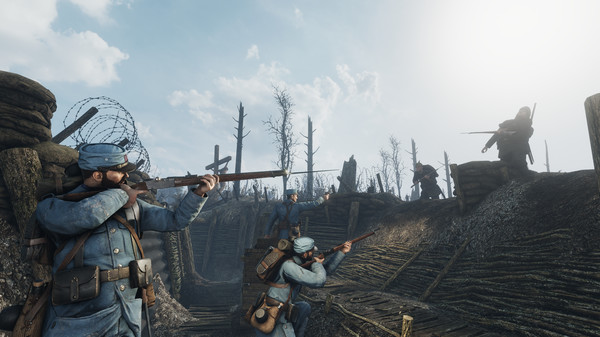