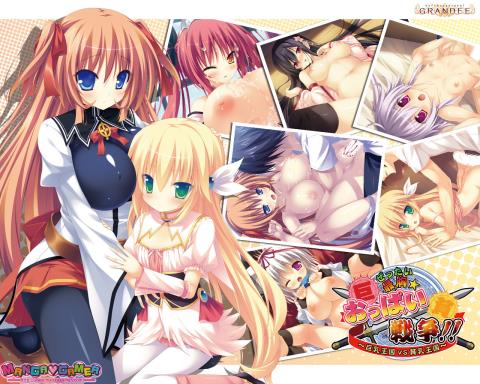 Anyways, the story of Ultimate Boob Wars!! takes place on the continent of Bustchest where two kingdoms rule the land. On the western side of the continent the Kingdom of Piequartz is occupied by the Big Breast Tribe who take pride in their strength and skills while the eastern side is controlled by the Serpettane Kingdom, a nation of the Flat Chest Tribe that takes pride in their knowledge and skill with magic.
The kingdoms are joined by the Chest Flatlands and every ten years these nations join together to hold a celebration together to reaffirm their friendship. At this celebration a ceremony is performed where each tribe’s maiden will summon their goddess, for Piequartz worships the large breasted dragon Boweene and Serpettane worships the smaller-chested Petan.
However one year when these deities were summoned, they began a terrible battle with one another and split the land asunder, causing a giant rift between the nations in what has been called the Tittynomachia. With both nations believing the other side was in the wrong, a brutal hatred began growing between the nations. After many years of silence and the deities no longer responding to their prayers, the nations have been joined once again and the great boob wars have begun with no end in sight.​ 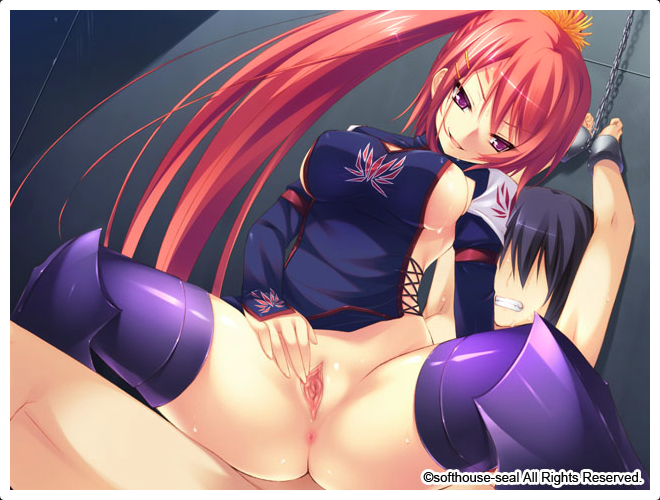 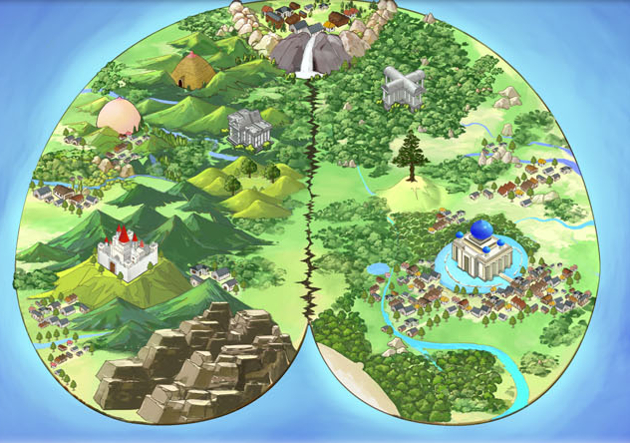