The Truth Unfolds: Discover the secrets of Nemire, and experience an enthralling story spanning across 12 meticulously crafted missions and four unique environments, from the perspective of four mighty vampire lords, each with their own goals and agendas.
Discover the Bloodlines: Command one of three unique vampire clans with distinctive units, powers, gameplay mechanics and characters. Play as the bloodthirsty Dracul, the ancient Nosfernus or the mystical Moroia!
Vampiric powers: Original card game elements enhance the gameplay and provide a refreshing take on the genre. Each clan and vampire lord has access to their own set of cards, which can be synergized into powerful combinations.
Strategy & Tactics: Command your armies, recruit new units and unlock crucial technologies in the strategic Kingdom mode, and then put your tactical skills to the test in the action-packed Combat mode.
Varied Content: Choose from three different gameplay modes, such as the story-driven Campaign, the open-world Sandbox, and the hard-fought Skirmish mode. 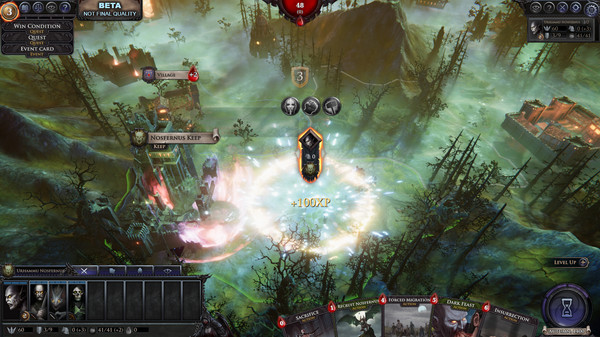 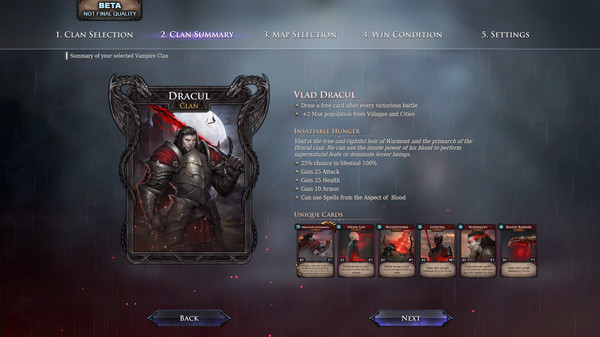 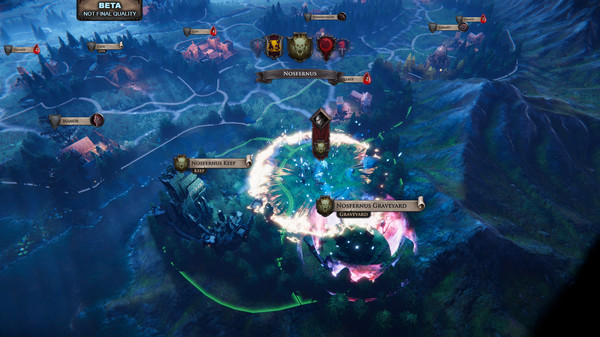