Let’s go on the treasure hunt through the skies of the world!
The ultimate “Psikyo Shooter”!
GUNBIRD 2 is a vertical-scrolling shooter game that first appeared in arcades in 1998.
A comical story about the “magical potion” from ancient times.
You can see the dialogue demos that unfold during the intermission and when the boss appears,
and the dialogue between the characters that changes when the 2 players mode.
New systems has been added, making score attacks even more fun! 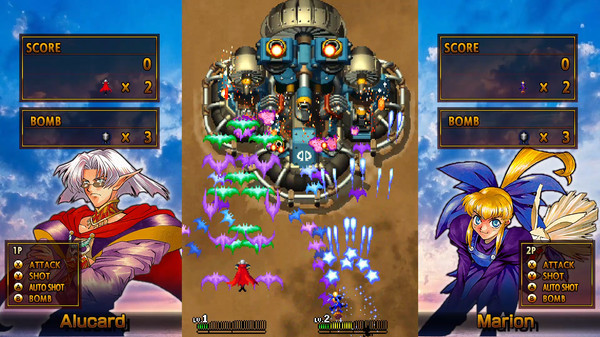 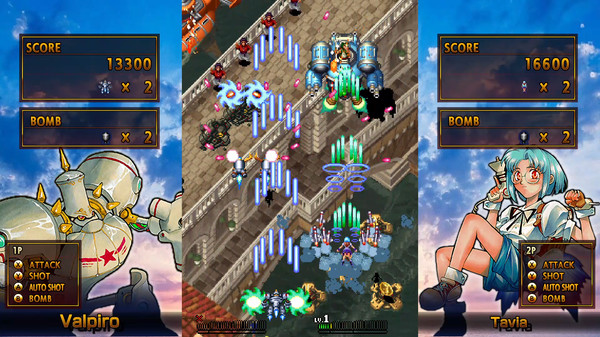