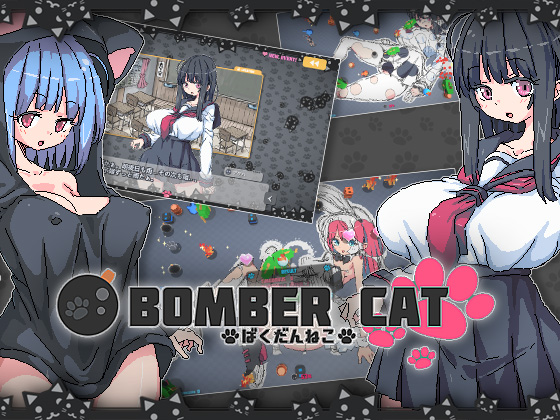 A slightly lewd “Bomber Cat” game was popular in the protagonist’s school.
“Ageha” was a popular girl in school, and the protagonist was crushing on her.
Suddenly, a girl in a cat ear hoodie appeared before him, and said
“Should I turn Ageha-chan into a game character?”
When he starts the game, Ageha was in there as a game character…!
(I can use bombs to take of Ageha-chan’s clothes… gulp…)
The heart racing bomb game begins…!​ 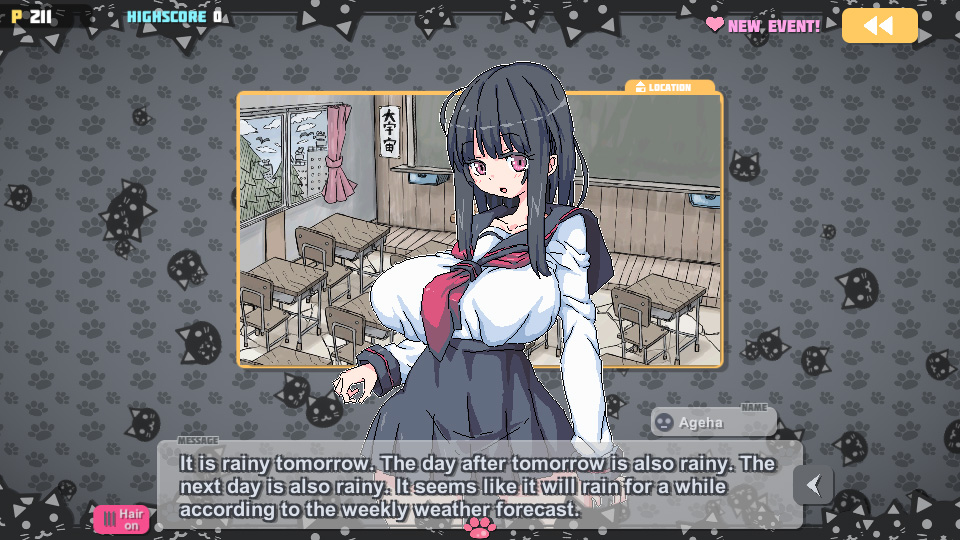 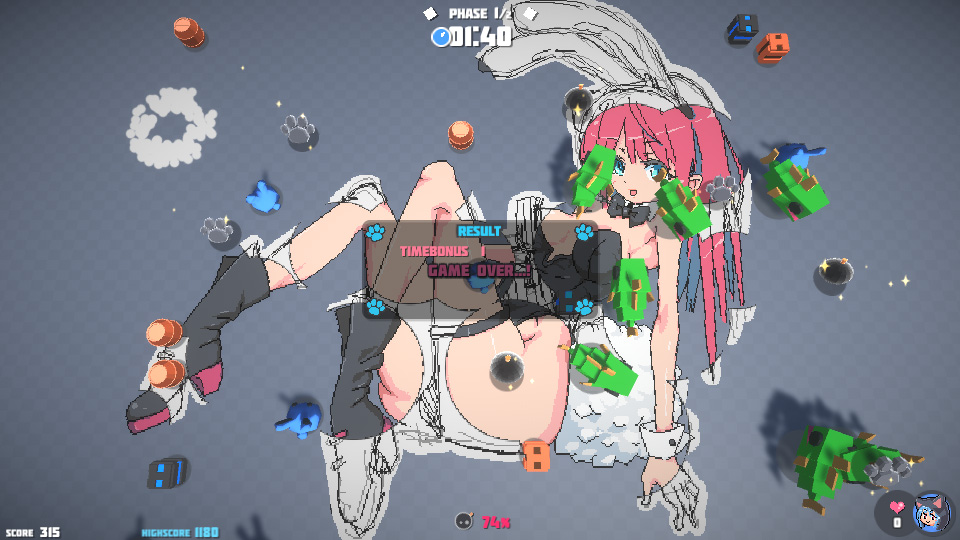 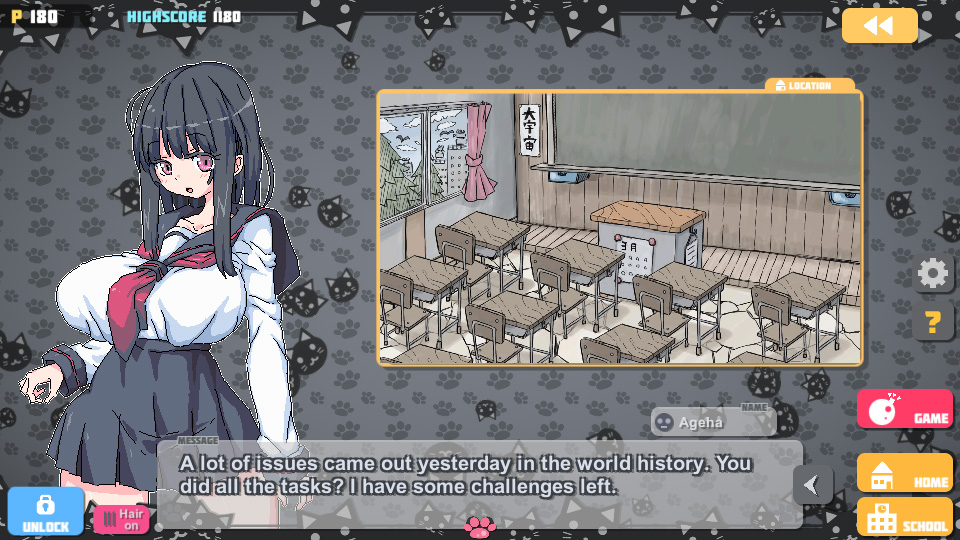 1. You may need to change your system locale to Japanese.
2. Extract and run.