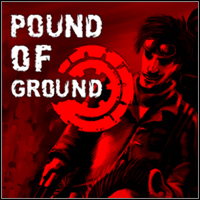 Johnny Meyer, the main hero of the game finds himself at an abandoned farm in the desert. He remembers nothing. Why is he here? Why are his hands equipped with a baseball bat? And why are there so many zombies roaming around? He has found a car and a pistol and is heading into his native Snake City. Almost all of the residents of the town have disappeared or escaped. The few that remain have told Johnny that the zombies have established some strange generator that emits yellow fog. Anyone who comes in contact with this fog becomes a zombie.
Features