This is the sequel to “Domination Quest – Kuro & the Naughty Monster Girls -“The story continues where the previous title left off, but the game can be played on its own. When starting the game, you can view a synopsis of the preceding story. Characters who became allies during the previous title will be allies at the start of this game. However, you will not be able to see the H scenes for these characters unless you integrate the two titles (the demo version cannot be integrated with the previous title).

This is a quarter-view orthodox RPG supporting keyboard, gamepad and mouse input.
Every monster girl in your party has animated walking sprites and at least 2 H scenes.
There are a variety of game features. For example, unique passive skills activated with higher “Trust” with allies, “Gem Combining System”(crafting weapons), mini-games like a Casino etc. 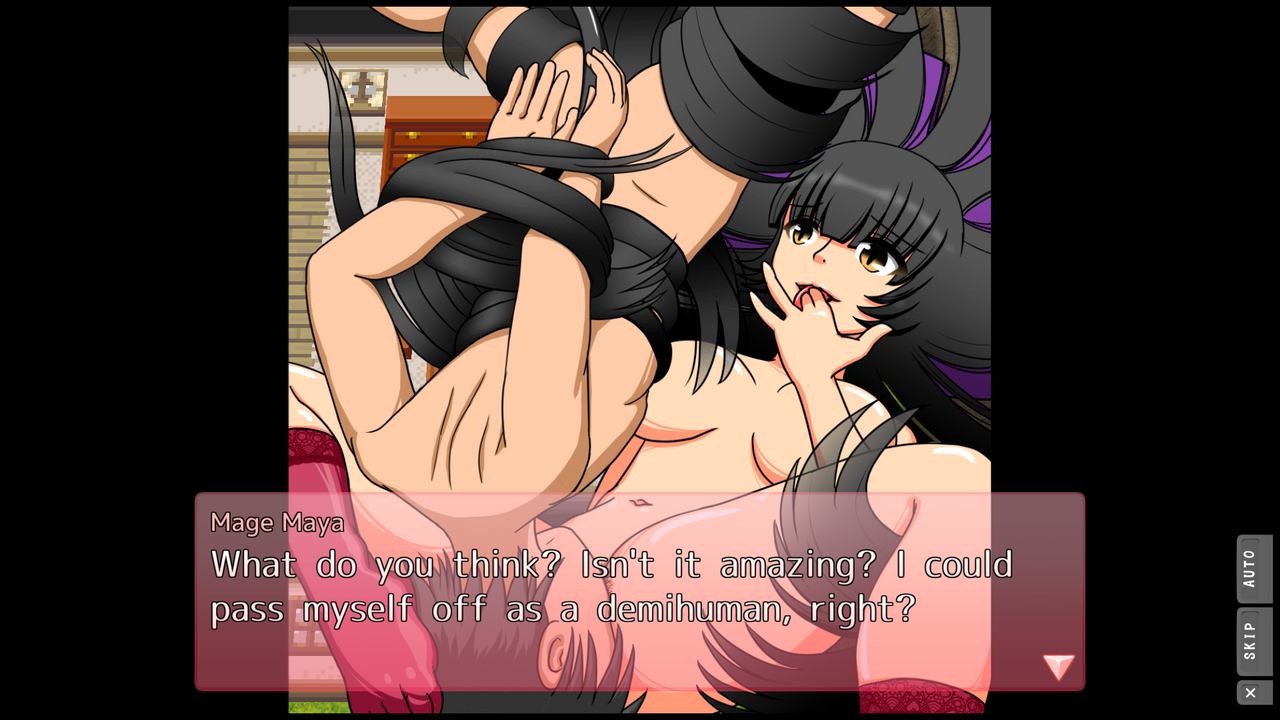