Lobelia spent unhappy and poor days in his childhood.
He accidentally gains a huge amount of assets which he may not be able to consume within his life.
His life has totally changed, and there is no inconvenience anymore. Everyday, his dreams, which have never been realized, come true.
He has had a blowout for a few years, and almost all of his dreams have come true.
One day, he finds out one document in his mansion’s library.
The document seems to be ab I.O.U. which the late mansion owner had exchanged with a store manager.
Reviewing it, a significant amount of interests has summed up until now.
Lobelia has been involved not only in official entertainment but in illegal ones, interested in it.
Immediately, he starts investigation into that store.

After investigation, he finds that the shop owner couple have already been dead,
and their only daughter is now managing to run the store.
She has failed to pay his debt for many months, and the payback amount is just minute.
Lobelia is much well-off for women, and enjoyed with prostitutes so much to be fed up with them.
In the world of rich men, every kind of play with every beautiful girl can be realized just by paying money.
Especially, Lobelia loves a play to mentally hunt down a girl and take control of her.
This overwhelming hierarchical relationship, financial gaps and pure innocent girl…
He must be able to feel a real sense of domination, which he can never gain just buying women with his money.
Looking at the I.O.U., Lobelia solitary has a leering smile on his face.

“I’m going to make this girl my obedient slave…” 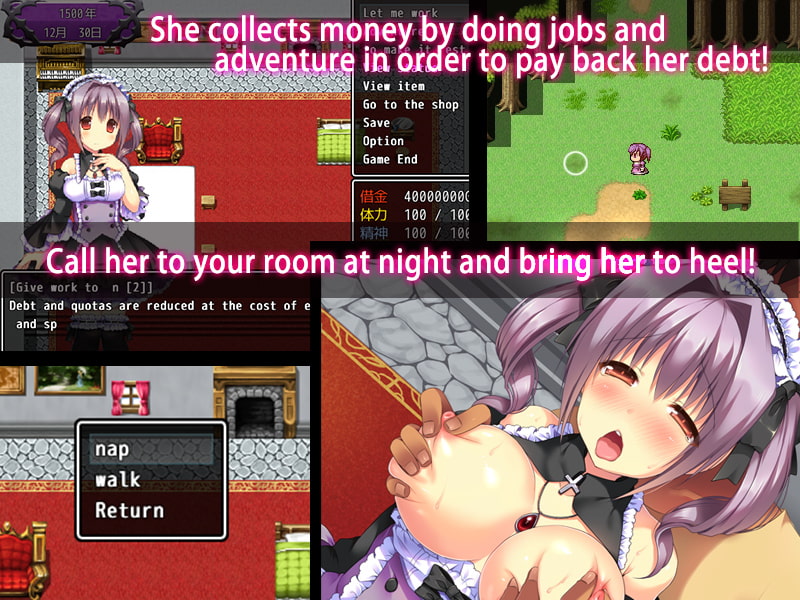