In the year 20xx, a massive hurricane has appeared on the high sea, and a preliminary investigation has determined that the root of the terrifying weather is something residing on the remote island at the center of it.

Various countries dispatch reconnaissance teams to the island in hopes of seizing the abnormal power for themselves, but the hurricane has till now left no survivors. One particularly powerful nation decides to stop playing around, and deploys a full force, led by a fiery young female general named Chris, to assault the island.

However, a gigantic monster assaults the ships amidst a great storm, and Chris falls overboard, only to wash up alone on the island…! Chris can only pray her subordinates are okay as she navigates the island while trying to survive. 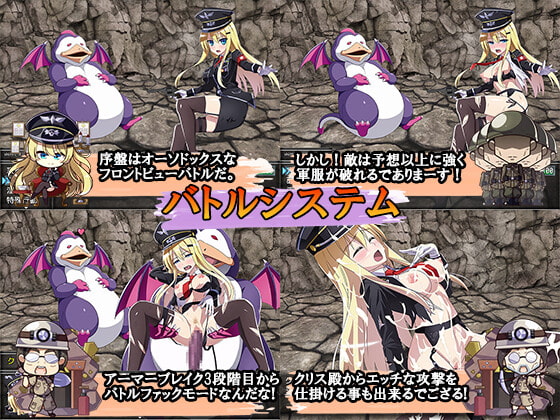