London, 1868. The industrial revolution, the era of incredible inventions. Previously unthinkable technologies are changing the lives of millions. People flock to London, inspired by the new opportunities, eager to become part of the new world over which will have no power kings, emperors, politicians and the priests of the world where all the money razed. However, not everyone thinks this world is good. Workers, resulting in motion a mighty engine of the British Empire, a little different from slaves. While others are reaping the fruits of their labor, workers live in poverty and die young. Dissatisfied with his position by representatives of the lower classes together in gangs starting a fight for life. And to join the fight assassins, ready to re-ignite the long-smoldering conflict with those in whose hands the power over London. This battle will sweep across the city, changing the story. Meet Jacob Fry, assassin, destined to help his sister Ivy change the lives of millions of people in the new game Assassin’s Creed Syndicate. Conquer the underworld and head it to make London. Intrigue, adventure, brutal fight – all this awaits you in the new game!
[su_spoiler title=”System Req” style=”simple”]
OS: Windows 7 SP1 or Windows 8.1 or Windows 10 (64bit versions)
Processor: Intel Core i5 2400s @ 2.5 GHz / AMD FX 6350 @ 3.9 GHz
Memory: 6 GB RAM
Graphics: NVIDIA GeForce GTX 660 / AMD Radeon R9 270 (2GB VRAM with Shader Model 5.0)
[/su_spoiler]
[su_spoiler title=”Screenshots” style=”simple”] 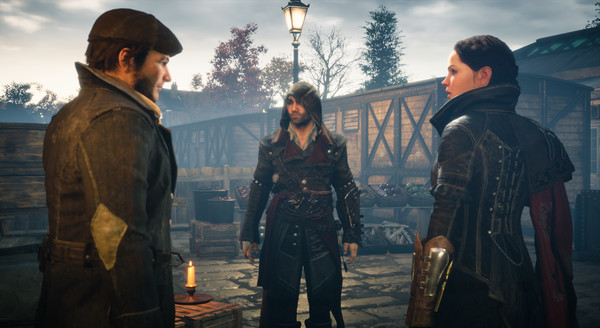 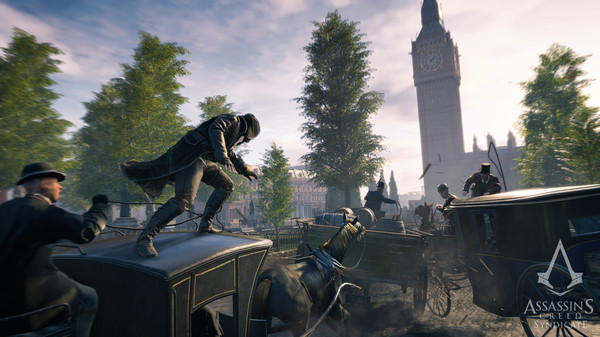