The protagonist, Nakamori Taiga, is an idol otaku working at a curry shop in Akiba. His current obsession is an indie idol group active in Akiba, “Animal Trail ☆ Girlish Square”! They’re still fresh on the scene, but one day their dedicated fans will take them all the way to Japan’s most famous arena, the Budokan… In pursuit of this noble goal he spends his days with a select group of elite comrades (status ambiguously assigned) to fulfill their otaku endeavors.

One night in Akiba, on his way home after the last train of the day had departed, Taiga sees the members of Animal Trail practicing. As any fan would, he tries to sneak a peek. To his surprise, the girls are covered in sparkles as their transformation comes undone. Magical beings that he’d never seen before appear out of nowhere. That’s right! Their stage outfits are actually magical girl costumes. Not only are they idols, but they’re also magical girls!

Of course, he gets caught and those magical beings give chase, ready to put him out of his misery. It is then that it’s revealed to him that they come from another world and in order to save it they need to gather up energy from humans. And for that purpose, they’re working together with the girls to realize their dream of becoming idols. 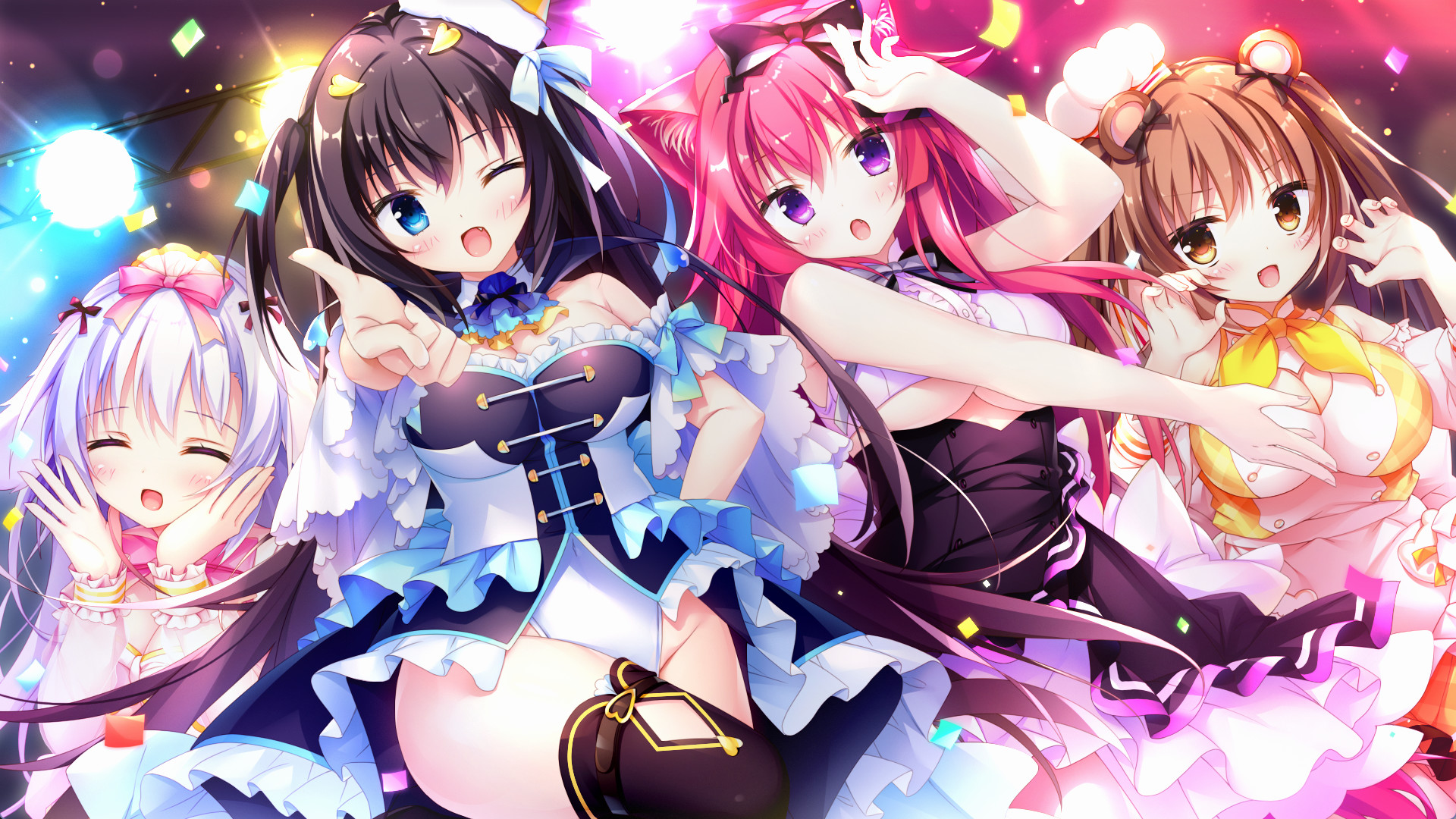