The scene: Shiromitsugawa, a run-of-the-mill college town that has launched several failed attempts to drum up tourism and revitalize itself, including sponsoring a high-budget-but-poorly-written anime based on local folklore. A storm is about to descend on this sleepy town.
We follow Kakeru Niimi, a man who can be a bit curt at times but who has a strong sense of responsibility and a kind heart. Kakeru’s ordinary life is thrown into chaos after the local shrine’s sacred relic shatters. In the wake of this event, several young men and women awaken to superhuman abilities.
What was once a run-of-the-mill life in a run-of-the-mill town soon turns into a quest to track down a superpowered serial killer before they can strike again.
Title: 9 -Nine- Kokonotsu Kokonoka Kokonoiro
Original title: 9-nine-ここのつここのかここのいろ
Length: Short (2 – 10 hours)
Year: Japan 2017-04-28, English Version 2019-01-31
Developer: Palette
Publishers: Denpasoft & Sekai Project
Language: English, Japanese, Chinese
Voice: Japanese
Screenshot 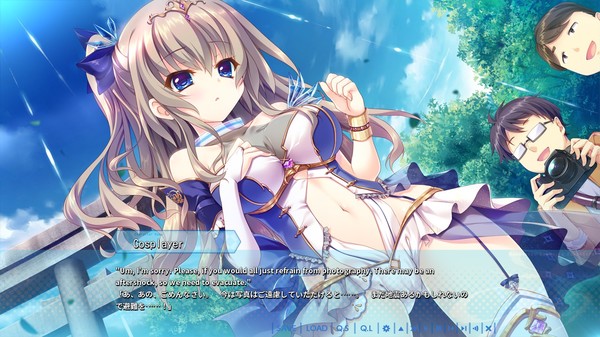